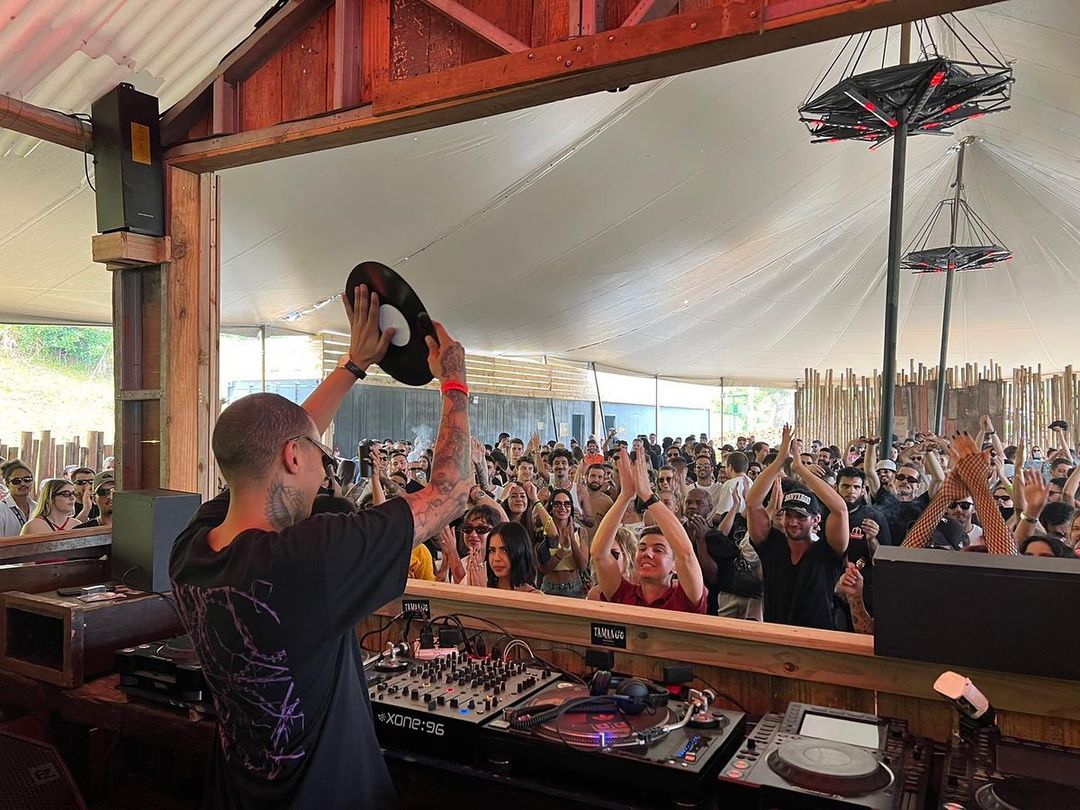 South America has always been exciting and fertile corner of the world for underground music. The far-flung locale combined with the exotic backdrop and sunshine make for a heady cocktail already waiting to blow up and with more and more minimal leaning artists making their way south of the border.

With this in mind several of the continents main players have clubbed together to form OVERTONES and have previously brought to the region the likes of Evan Baggs, Lamache, Lee Burton and Giuliano Lomonte. From the minds of Rawbeats Records, Frequenza Music and Router Music comes a series of events that will be bringing the most in demand artists to all corners of Latin America.

The first event will take place on Friday, January 14th in Buenos Aires and for the occasion Cabaret Records boss DJ Masda will be headlining the Argentinian party. The well-travelled selector will be joined by a tight crew of artists assembled from each commanding party in Matias Mauger (Eclectibs) who will be providing the warmup, Lost Stories (Novi Orbis) who will be in charge of the closing set.

For the next OVERTONES party on Friday, January 28th the team head north to Quito where more fire awaits. Heading up this Ecuadorian adventure will be Italian hotshot Quest and his fathoms deep record bag will be bringing the heat to a secret location. Helping to set the tone for the night will be two of the core teams hottest artists in Ozen (Frequenza) and Cohema from Router Music.

Staying in Ecuador and the next event will be take place on Friday, February 25th and OVERTONES will be welcoming back to South America none other than Francesco del Garda alongside residents Santìí and Polee (Router Music) and Weekend Logic (Hypnotic Mindscapes). Another artist that has risen to become one of the most prized DJ’s on the circuit and has one of the most awe-inspiring sections on the planet. Moving forward into the business end of Q1 and on Friday, March 18th OVERTONES will be presenting a showcase from Alex Picone’s buy on sight imprint Seekers. The three-part release for their eighth release combined a host of top producers and top of the third part was fellow Seekers member Cosmic JD and it is the Canadian artist that will also making the trip To Ecuador with the company of Rawbeats head Juan Proeliis. Also, rumoured to be turning out for OVERTONES in the following months will be Gene on Earth and more to be announced. So, if you are local to these parties or a fancy Latin American trip keep your eyes and ears open for more info.

MAD Radio celebrate their 2nd birthday by inviting Seekers for a label...

Outcast return to nature for the fourth edition of their gathering

Hoppetosse is the place to be, especially this winter