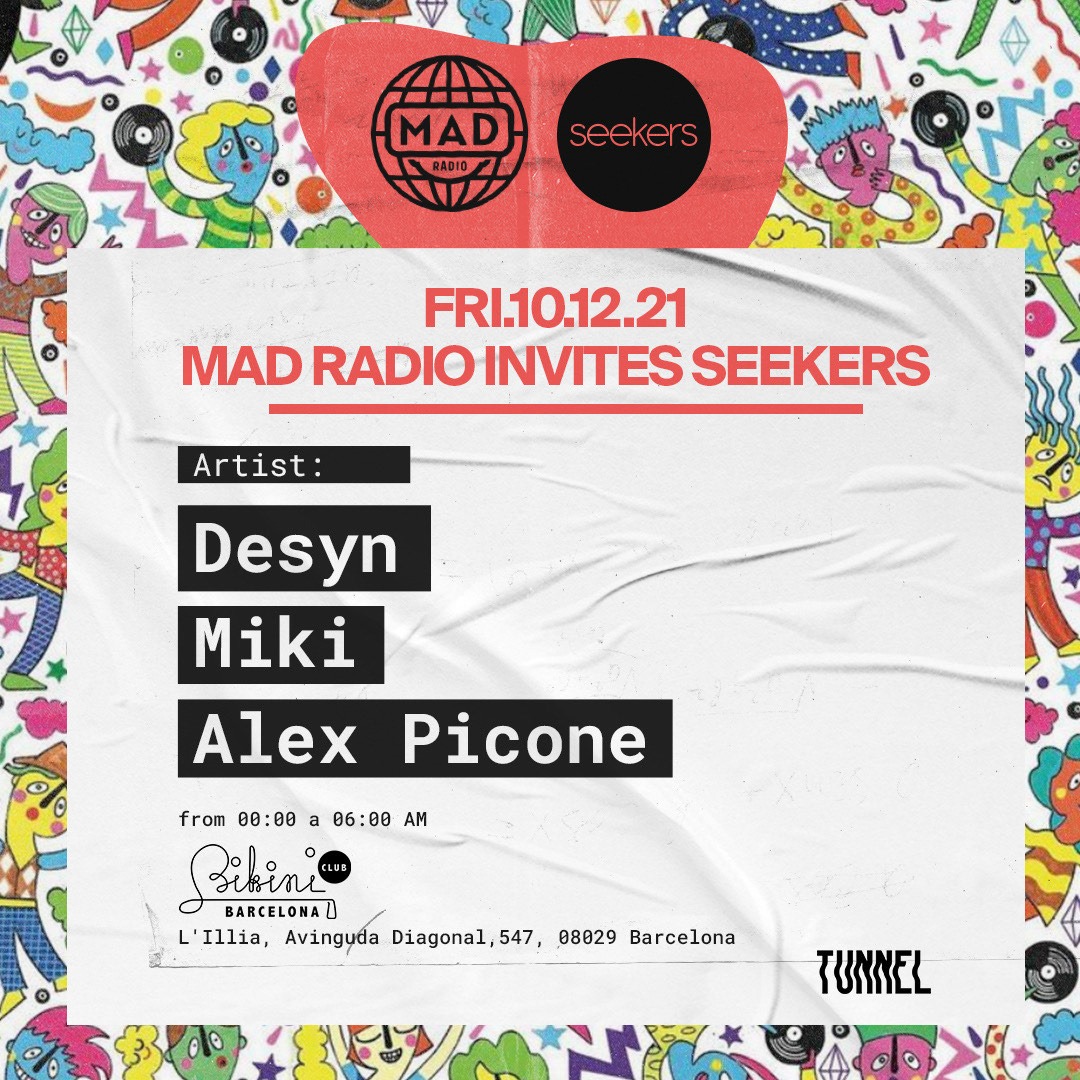 After their recent two huge open air parties alongside promoter powerhouses ID BCN MAD Radio return to the fray with an almighty birthday celebration worthy of the occasion. As well as MAD Radio returning they will ensure that dancing returns to the city and with their events being legendary they be bringing the party to back to Barcelona with a bang. Their last two events have featured an unreal array of artists that include Christian AB, Evan Baggs, Dyed Soundorom, The Ghost and Andrew James Gustav as well as top local artist.

For MAD Radio’s massive second birthday bash on Friday, December 10th they have invited Berlin based imprint Seekers. The essential imprint label headed up by the creative mind of Italian visionary Alex Picone and the Small Black Dots owner has been contributing musical goodness to the city long before his recent relocation. Joining boss man Alex will be a duo of label residents and of course they are some of the best selectors around. Next to blow up MAD Radio’s massive birthday bash is fellow Seekers regular Miki and this usual suspect is a firm fixture at Europe’s best parties. The Italian’s groove packed sets will be just present to unwrap at the biggest party of the year.

Top of the bill is none other than super digger extraordinaire Desyn and his sets, as always are absolutely packed full of unheard and forgotten gems. His record collection has reached mythical status so it is no surprise that each time he opens his record bag magic happens. Seekers has long been a haven for some of the hottest producers on the block and names such as Ivan Iacobucci, Ewan Jansen and of course label co-owner Alex Picone so the birthday party at Bikini Club in Barcelona’s picturesque Diagonal neighbourhood will be in extremely good hands.

The bar has been set very high by their previous events alongside ID BCN but a driving force in Barcelona’s in MAD Radio linking up with Seekers will undoubtedly result in a night of bomb track after bomb track. It is highly recommended that if you are in the vicinity of Barcelona that you do not sleep on this party primed and ready deliver on the promise of their biggest party of the year.

Outcast return to nature for the fourth edition of their gathering

Hoppetosse is the place to be, especially this winter