seekers and faciendo join forces for the first time for a family affair; bringing together friends & artists affiliated with both labels for a 16 hour, two-room trip aboard @ hoppetosse, berlin
Seekers and Small Black Dots stalwarts alex picone & Nick are joined by hypnotic mindscapes boss cosmic jd and marco MALPESO of Wex Recordings fame. Joining the DJs upstairs will be eversines, bringing his live set of ethereal techno to Berlin for the first time.
With another Berlin debut, the Faciendo Soundsystem will be playing an extended set. Outerplanetary diggers desyn, Rama & tom morgan join forces to dig deep into their collections for an expansive unified b2b2b.
In a refuge from the main floor, the lower deck will see a number of DJs spinning ambient, downtempo and more experimental sounds throughout the night. Additionally, fresh from his release on Faciendo, luca piermattei will premiere a special downtempo live set.
Keep an eye out for an announcement on the afters to follow.
Artwork by @mona_bit_ 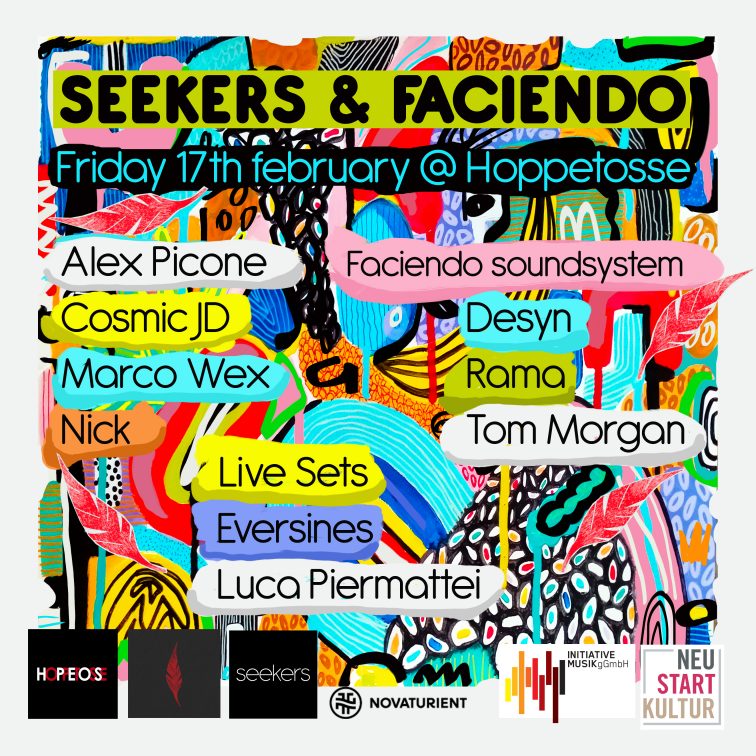