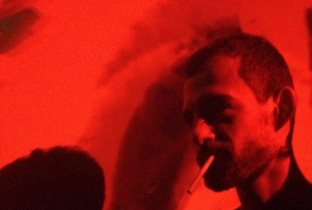 Gianluca Padovani, born and grew in a small medieval village in the northeast of Italy starts is an early passion for electronic music at the tender age of twelve. Time by his musical connections started to turn into real projects with a close friend. At the age of seventeenth, he made his first appearances in some of the biggest parties in the north of Italy, opening artists like Popof, Marcel Dettman and Carl Craig. Was the 2007th when he started to go to one of the most influent club: TAG CLUB. A statement of pioneering and avant-garde in the music scenario. Since the beginning Luca felt inspired and passionate in that club and in 2011th he became one of the residents DJs. Starting new sound and researching his own personal style, dark in a way but always diverse. Luca is a vinyl record big supporter and collector, he prepares every set in a passionate and detailed way.
During 2012th and 2013th his first production under the name of Fujiko. Releasing with Zeitlos, Monday Morning, Raw Trax.
In 2013th he became part and creative director of “Over” and in 2014th is part of “seekers”.